Paul Susi is a performer, an educator and a public servant. He is also the son of Filipino immigrants. Jamie Diep reports on what it means for Susi to be an American.

Plays in prisons: How a Portland actor connects adults in custody with classic Greek theater

In his time as a theater actor, educator, homeless shelter manager and activist, Paul Susi plays multiple roles in his community. Born in Portland, Ore., Susi feels the burden of being American.

“To be an American right now, it feels like a curse,” Susi said. “It feels like a thing that you have to bear. There’s this heritage, this lineage of trauma that we’ve all inherited.”

Fleeing the Philippines during the Marcos Regime, Susi said his parents believed the American Dream was worth the immense sacrifice. But for him, that dream rings hollow.

'I'm not proud to be an American' 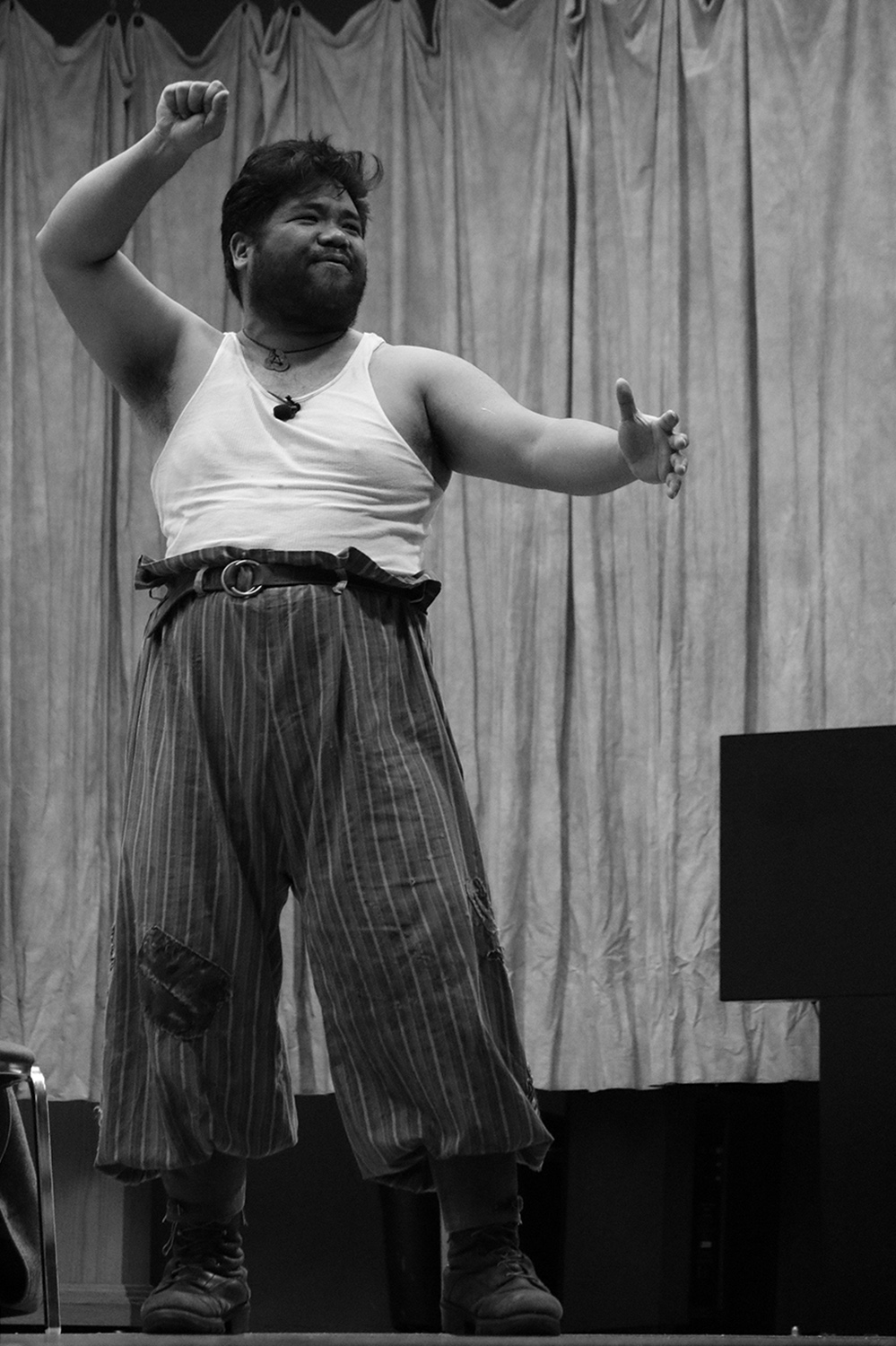 “I think my father accepts that I’m not the summation of his dream; I’m not the consummation of their sacrifices. My mother never accepted it,” Susi said. “So I don’t feel proud to be an American, but I do feel committed to do as much as I can doing good in the world, and creating a better lineage for my spiritual successors to come.”

Susi uses theater to explore his identity. Introduced to the arts in a challenging time of his adolescence, it gave him the structure to succeed in school. But throughout adulthood, he continues to face difficult truths as a performer.

“Most of the time I’m called to do a show…I’m called because they can’t get the right ethnicity for the part. But I’m the guy with the classical theater training — I can pass for Japanese or Spanish or Tibetan or Native American. And I’ve passed for everything, including white,” Susi said.

“But I’m never going to play Hamlet. No one would ever cast me as Hamlet.”

Most recently, Susi starred in the Northwest Classical Theatre Collaborative’s production of “An Iliad,” a modern adaptation of Homer’s classic Greek epic. The production toured through 30 prisons, community centers, houses of worship and theaters throughout Oregon in 2018 and 2019. To Susi, these performances allow for incarcerated people to reflect on their own experiences and to engage with cultural resources they don’t otherwise have access to.

“‘The Iliad’ is really explicit about the violence that happens in war. The guys were able to really resonate with the emotional truth of being victimized by so much violence over so many years,”  Susi said.

“And what I found in connecting with adults in custody is that their sense of community with the outside world has long been broken by their incarceration…it just underscored how little power they have over their reality and their experience.”

Through his performances, Susi strives to break through physical and emotional walls as he brings real connection to adults in custody.

“Theater allows you to see yourself and know yourself in a different way, by sharing a story with folks you don’t know in real time,” Susi said. “So that little alchemy of humanizing yourself…that feels like what I am trying to do every day.” 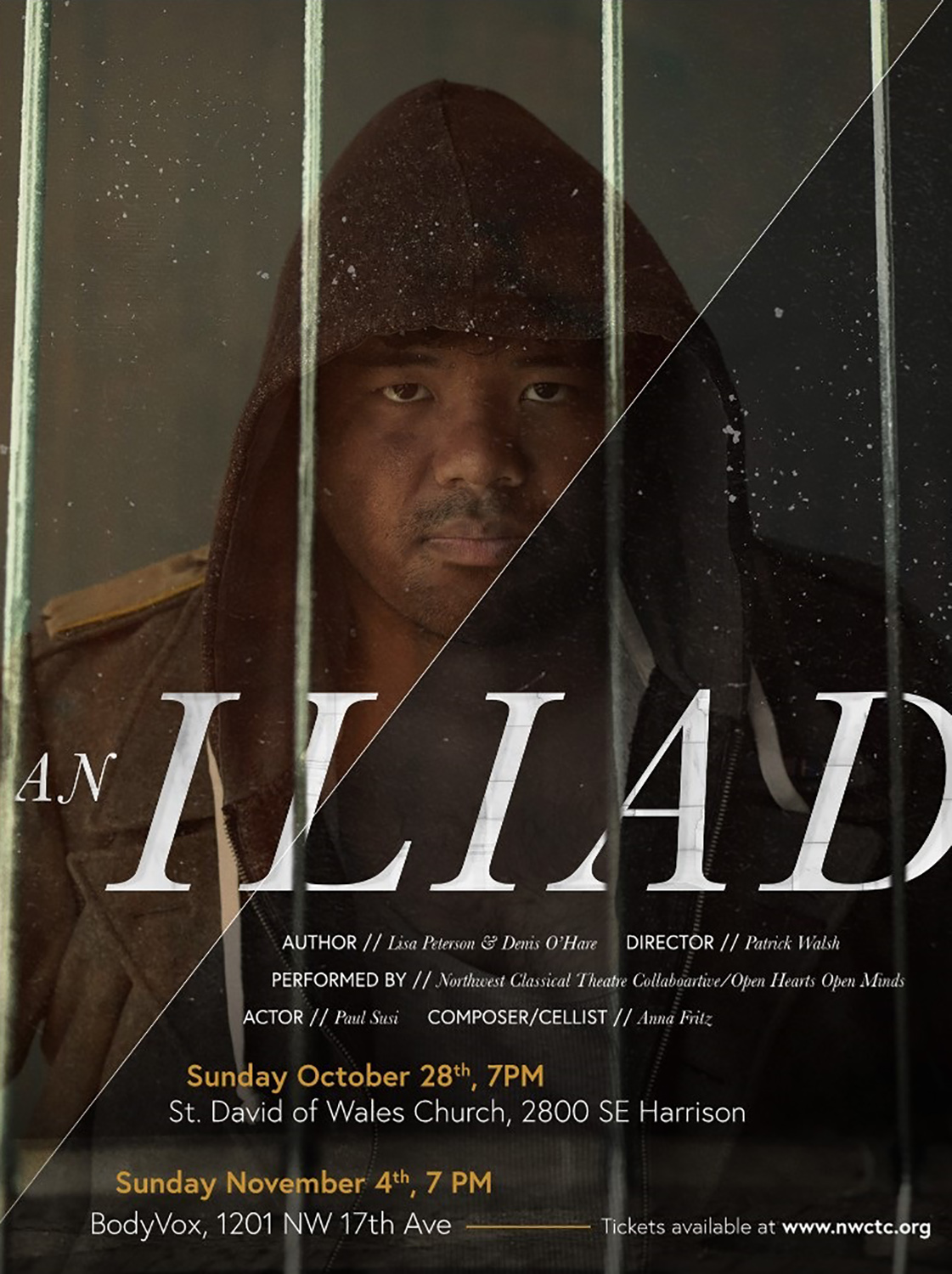 Paul Susi on the poster for “An Iliad.” (Photo courtesy of Paul Susi/Northwest Classical Theatre Collaborative)

Things have been moving quickly working with #NPRNextGenRadio! @PaulSusi shares more about the site of our interview and what makes it so special to him. Many thanks to @notdonald for helping me through the process! pic.twitter.com/tIQVRuG2Ly 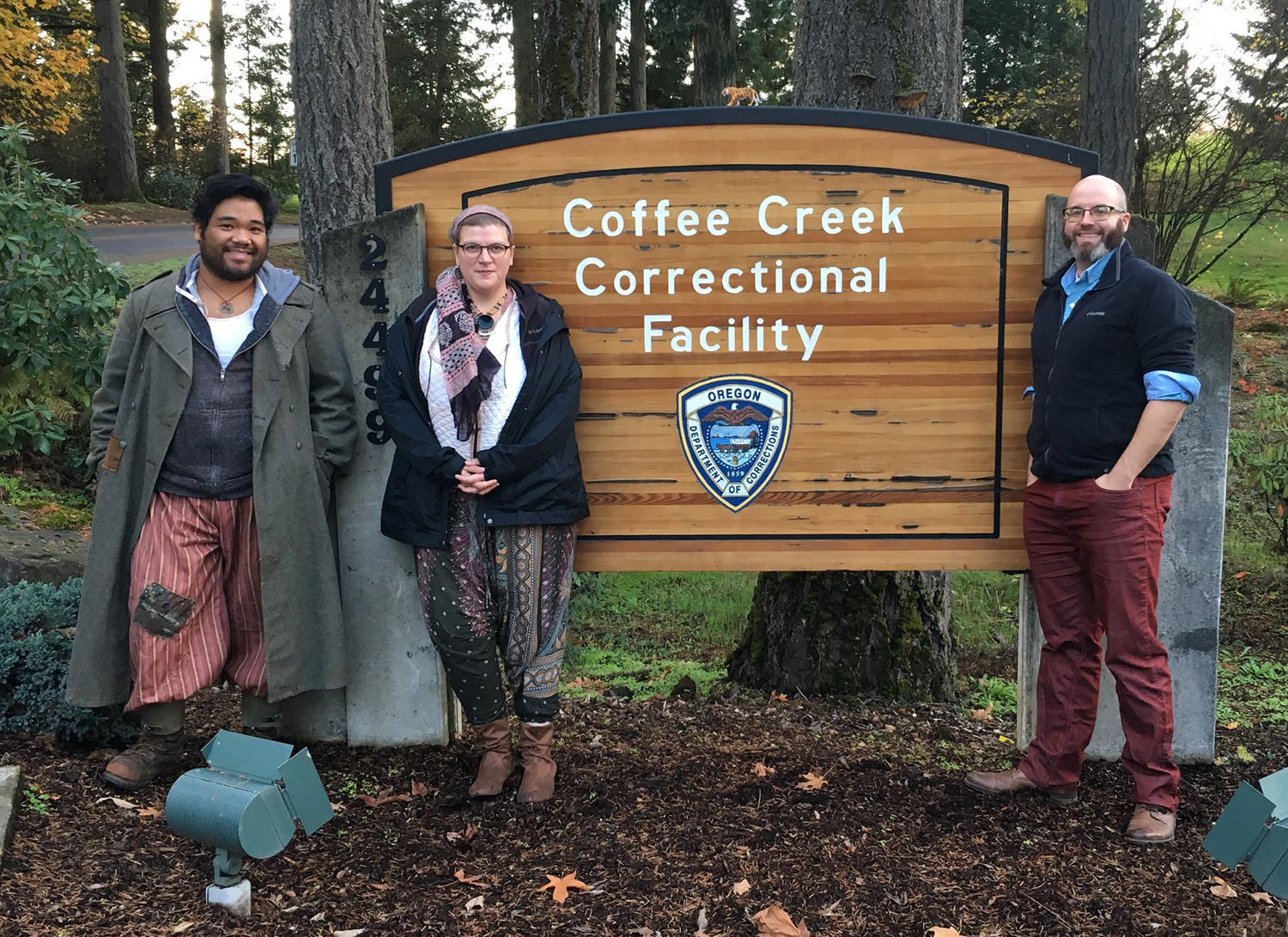 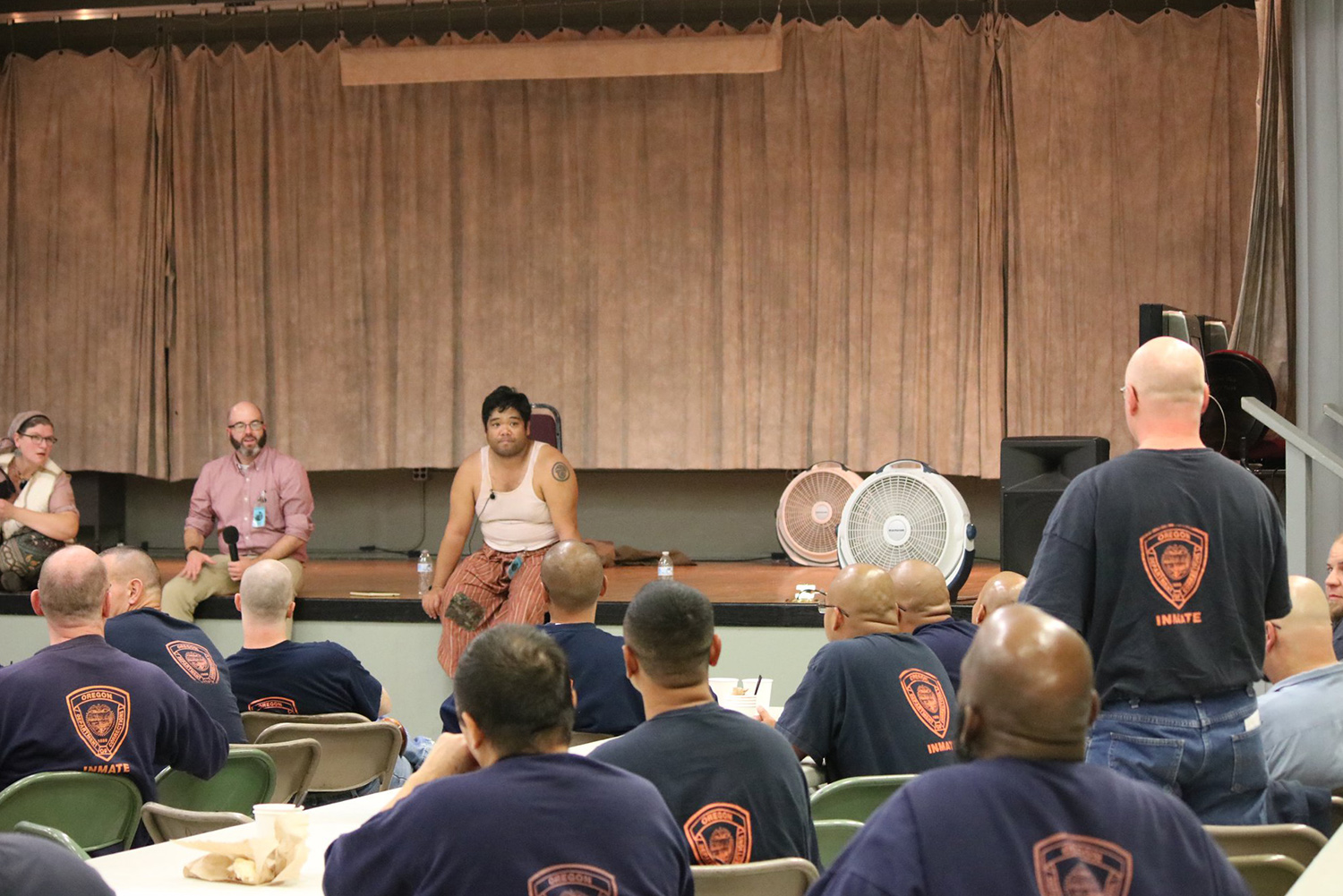 Paul Susi performed in the production of “Antigone,” which was turned into a recorded performance due to the COVID-19 pandemic in 2020. (Video courtesy of Northwest Classical Theatre Collaborative)